Prior to the census of 1861, the property now known as The Roost, on Rectory Lane, was built on the plot of land marked as Springfield Cottage, on Back Lane.

In the census of 1841, Hannah Clegg (b:1815) of Independant means aged 25, along with her brother Alfred Clegg, aged 13, were shown as living at Springfield Cottage, on Back Lane in Prestwich. Hannah was the daughter of William and Sarah Clegg. The Trade directory of 1825 also showed William living on Back Lane, and further back still, in 1821, he was listed as a Church Warden of St Mary's, so the family had been living in Prestwich for over 20 years.

[Alfred went on to achieve Bachelor of Arts, Cambridge and by 1851 had married Mary Jane and was living at Halliwell Lane, Cheetham. He went on to become an attorney, living at Fern Bank, and was buried at St Lukes in 1861 aged 33]

Their father William Clegg, born 1787, was of the Clegg family of Whitefield, his elder brother James later purchased the property of Butt Hill in 1820.

Both brothers were listed in the 1824 Trade Directory as nankeen manufacturers. Nankeen was a yellowish/buff cotton cloth, originally made in Nanjing (China), used for clothing such as breeches, and was later also dyed or hand printed. 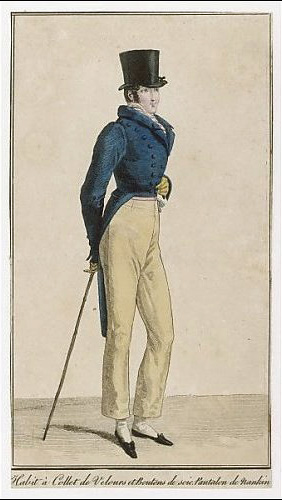 The Clegg family, trading under the name of James Clegg & Co. had a weaving shed at Besses o'th'Barn, they owned Vale Mill in Heywood and also had a warehouse on New Brown Street in Manchester.

Here we digress to include the story of Amelia Maria Imhoff. [Credit to David Leahy]

Amelia Maria Imhoff lived at Springfield Cottage until she died in 1831 aged 29. Amelia and her step-brother Charles, came from ‘Demerary’, now part of Guyana on the coast of South America. Their father, Kilian Imhoff was a German from Cologne who owned a coffee plantation and their mothers, Bekk and Tabre were his African consorts.

Thus the following Persons have addressed by Requests to the Noble Achtbaare Hove of Police of the Rivers and subordinate Districts of Essequibo & Demerary, requesting Letters of Vrydom, as:

[Letters of Vrydom - letters of freedom]
[Mulatto was used to describe a person of mixed white and black ancestry, especially a person with one white and one black parent]
[Neegerin refers to a woman of African descent]
[Neegermeys - girls of African decent]

The above shows that in 1806, not long before he died, Kilian freed from slavery both mothers and their children while also making Charles and Amelia his heirs. He appointed another Demerary planter,Jonas Fileen, as executor for the plantation and guardian for the children and they were sent to England to be brought up and educated.

In January 1808, when they were about 5 years old, they were baptised in St Georges Church, Bolton and appear to have been adopted by William and Sarah Clegg of Springfield Cottage, Prestwich and brought up as part of their family.

In 1823 Charles started his medical studies in Edinburgh and then became a surgeon in Wigan. He married Mary Ince of Wirksworth in 1828 and in 1829 moved back to Demerary to take over his fathers plantation. Amelia was living with him in Wigan until his marriage after which she moved back to Springfield Cottage.

On her death in 1831 she appointed William Clegg as her executor and left her belongings in England to James and Mary, the oldest two children of William Clegg. Her personal belongings (dresses and jewellery etc) were to be shared between Mary Williams, wife of Watkin Williams of Cheetham and her sister-in-law Mary, wife of her brother Charles Imhoff who by that point had returned together to Demerary to take over the plantation. She was buried next to William Clegg at St Mary’s Church, Prestwich and Mary Clegg and her family were later buried with her.

Slavery had been abolished in British Guiana under the Emancipation Act in 1834 and replaced by a period of Apprenticeship during which persons registered as slaves, six years old and upwards, were required to serve their former masters. Apprenticeship was abolished in 1838.

Meanwhile, the Clegg family had established Cleggs Warehouse in 1826, for winding and warping to supply hand-loom weavers. The Mill was later renamed Albion Mill and stood immediately to the right of the old Jewish Cemetery on Bury New Rd. A curved row of workers houses (known as Cleggs Cottages and later as Albion Place) were also built.

James died in 1835 and William died in 1840, and they lie not far from each other in St Mary's Churchyard.

William Clegg's grave stone at St Mary's, with the larger stone vault of James to the right.

1891 Springfield Cottage has been renamed The Roost

[Back Lane was also renamed to Rectory Lane]

Your kind donation will go towards tools, or employing professional stone masons to reinstate stonework damaged by time, trees, animals or humans.

what's that all about?